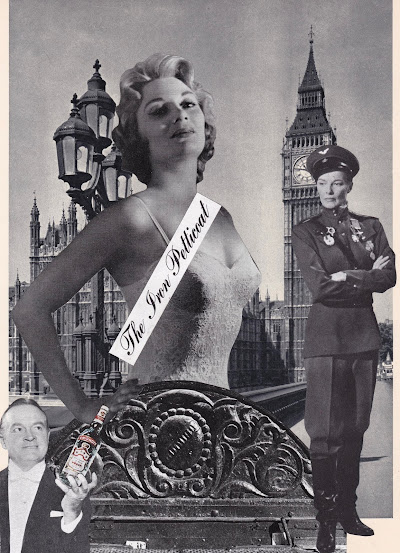 Captain Vinka Kovelenko (Katharine Hepburn), of the Russian Air Force, angered at being passed over for military awards, flies a MIG to an American base in Germany. Flier Chuck Lockwood (Bob Hope) is assigned to convert her to democracy but she tries, simultaneously, to show him the advantages of communism. They go to London where she succumbs to the fleshpots of capitalism and soon abandons her uniform for frilly feminine things, drinks champagne and vodka, and ends up falling in love. Alerted to the situation, the Russian Embassy arranges to have her kidnapped and take her back to Moscow.

That is Kovelenko from the movie! The Bob Hope I found was holding an academy award, but I switched it out to a bottle of vodka.

Posted by Collage Craft at 10:41 No comments: 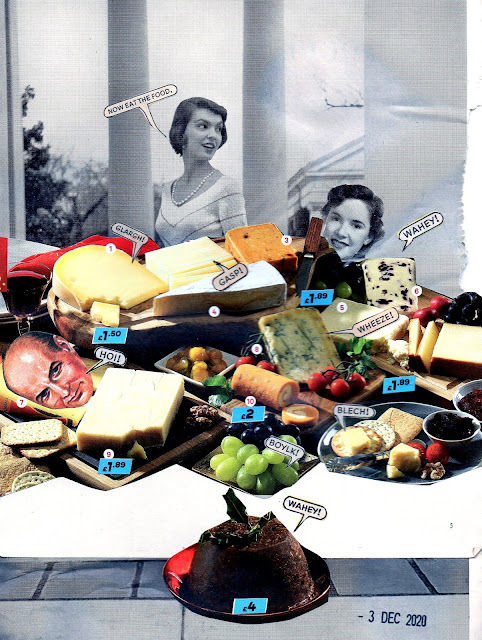 'Tis the season to watch more movies, and starting off December with your alternative collage take on a favourite film. So, Scissors, Glue & Action... (maybe some paper & popcorn in there too!) - Ron
Posted by MonoCassette at 00:49 3 comments:

ART IN THE DESERT AND THE GREAT BEYOND -- Orbiting Space Sculpture 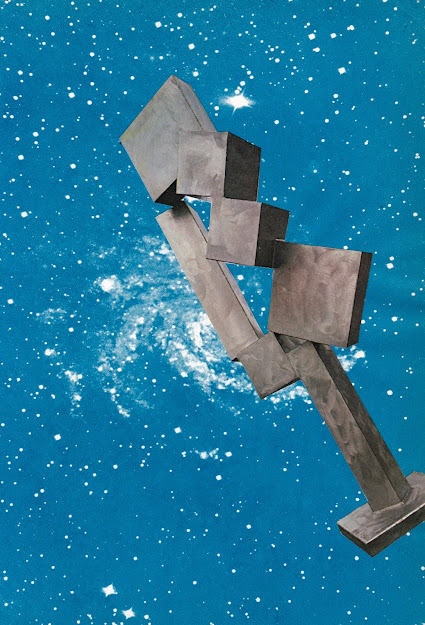 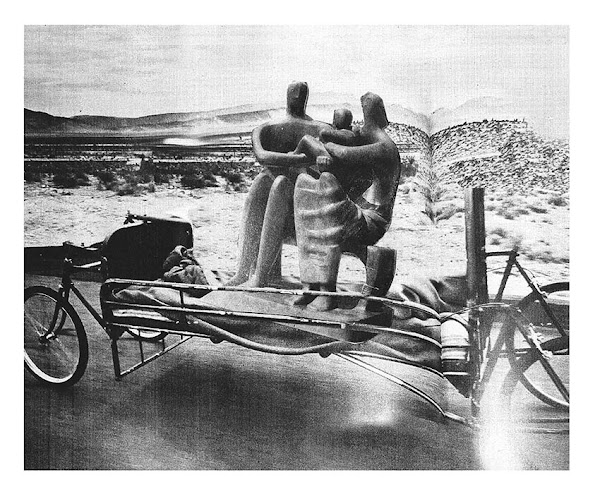 Art In The Desert - Desert Performance 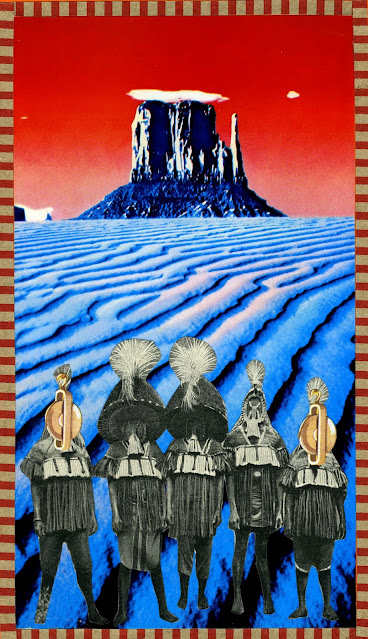 One from the archives.

Posted by Wastedpapiers at 00:32 3 comments:

Email ThisBlogThis!Share to TwitterShare to FacebookShare to Pinterest
Labels: A1 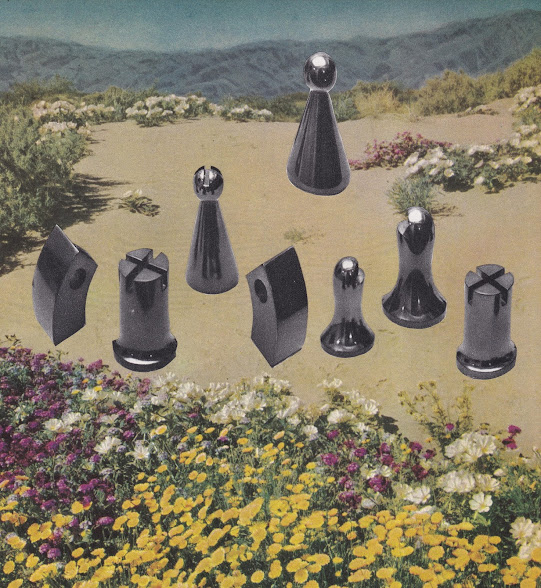